STUDENT’S PERCEPTIONS TOWARDS THE USE OF NOVEL ON READING SKILLS

English as a lingua franca (ELF) is important to learn. Lingua franca is a term that is refers to English language. It is generally used as an international language for communication among people from different language backgrounds in all part of the world (Harmer, 2001: 1).The development of English language has reached many aspects in life, starting from technology, education, economy, politics, social, arts and many other. Indonesia is one of the Asian countries that learn English as a foreign language. In Indonesian formal education, English has been given from the elementary level up to university level. English has become one of the compulsory subjects that is taught and tested nationally.

In English subject, reading plays important role because most of the information nowadays are presented in the form of text. Hence, the reading skills is needed to be mastered by the students. According to a reading skill is a cognitive ability which a person is able to use when interacting with the written text. In the taxonomies given in the following paragraph some skills seem more inclusive than others (Bojovic, 2010: 1). In addition, reading skills is also important due to the education assessment systems in Indonesia. Almost all of the education assessment systems in Indonesia, such as national exam, are done in the written form, in which there are a lot of texts that need to be comprehended.

Although reading skills is important to be learned, not all of the students can do this skill easily. Based on the observation in SMA N 1 Gadingrejo, the researcher found the student’s lack of motivation in practicing reading. They have not aware of the important of learning English to their life. They tend to that English is only one of the compulsory subjects in the class. There were some reasons why students had lack of motivation in practicing reading skills such as the text which was too long and contained difficult vocabularies and the time allotment which was too short.

Actually, there are a lot of efficient and effective media that can be used to teach reading skills attractively such as novel, nonfiction text, short story, or poetry unit, magazine, comic and etc. Novel is one of literature genres which is interesting to be analyzed. As one type of literary genres, novel may depict various aspects of life. Novel is a picture of real life and manners (Wellek and Warren, 1976: 216). Novel has special tragedies and complicated problems that related to the real life and make the story more attractive.

Novels are considered an efficient and effective media if they are able to convey educational messages to the readers, with attractive packaging that has a special appeal to the readers. One of the advantages of novels as an educational medium is that the author in conveying his educational message can be manifested in light language but does not bore the reader. Through storylines and characters in novels, without having to teach as in the learning process. Indirectly the readers are not feeling taught or forced (Kholisoh, 2012). 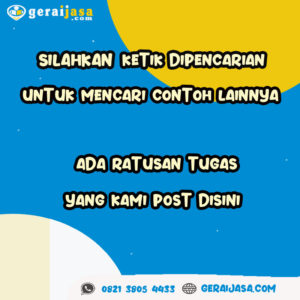